The first reverse geocache had been published by Mikal Hart in 2010. The idea behind: Take a box, put in a micro controller, a GPS receiver and a locking mechanism. The box will only open at a previously set coordinate. The box only displays the distance from the current location to the destination and then turns itself off.

Here are two interesting links to Mikal Harts "Mother of all reverse geocacches":

Mikal Harts Arduino project: A detailed description of the concept and the hardare. You will also find sone reviews from people who had the chance to play with Mikals box.

An informative video, in which Mikal explains the concept of reverse geocaching.

By now you'll find plenty of rebuilds and further developments on the internet. Just use google..

About three years ago, I caught on the Mikals site and immediately started building my own reverse geocache on Arduino base. .

All that is needed is an arduino, a gps receiver, a LC display, a servo, some solder, duct tape and basic C knowledge. 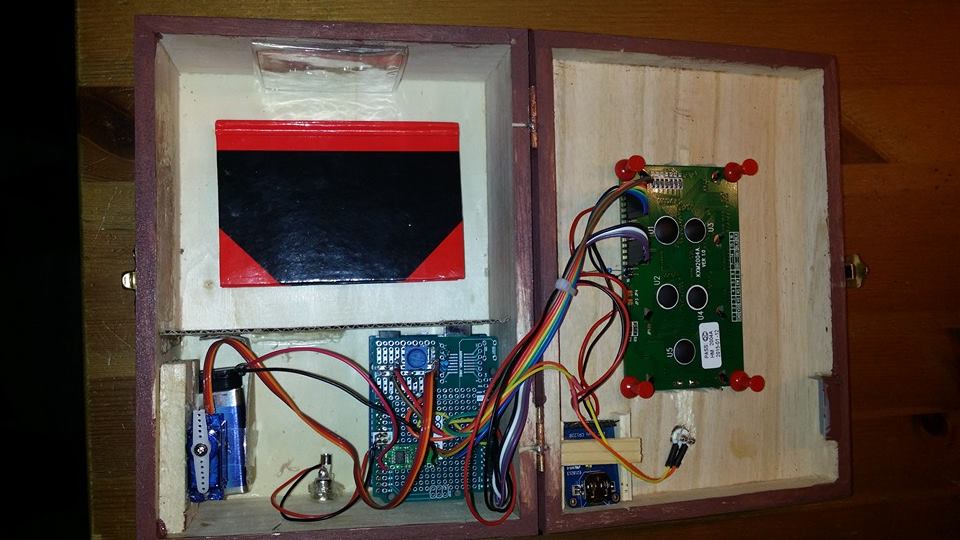 Soon after, I could start getting on the nerves of my friends and:

You may as well

Idea und realisation: Me, Myself and I Design template: TEMPLATED