Although my first box did what I expected it to do, it was pretty simple and makeshift and there were certain things that bothered me:

By chance I got aware of the project of Jason Alderman who had built his own reverse geocache without an arduino but with his own hardware design based upon an AVR micro controller. That looked like a challenge..

And thats how YARC was born!

Jasons design had been altered, some features were not needed, others were added. For the actual design I could use the Eagle PCB freeware version as I only needed two layers and a board size of 8x5 cm. 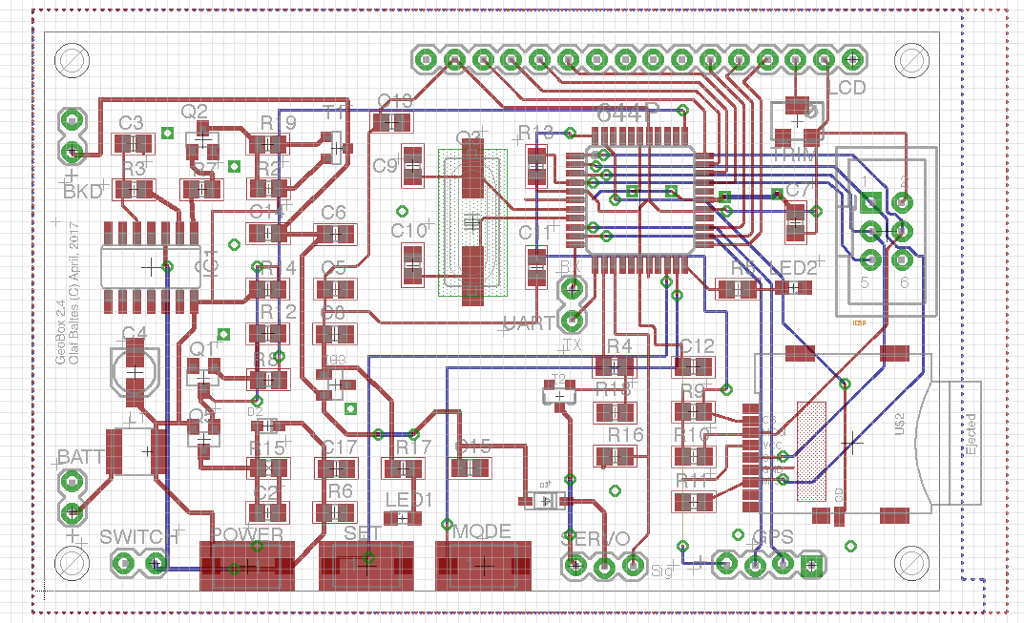 Eagle also generates the so called Gerber files which are needed by the PCB manufacturer to produce the boards. For manufacturing I choose itead, a chinese company which does PCB prototyping for an affordable price and I was highly pleased with the quality. 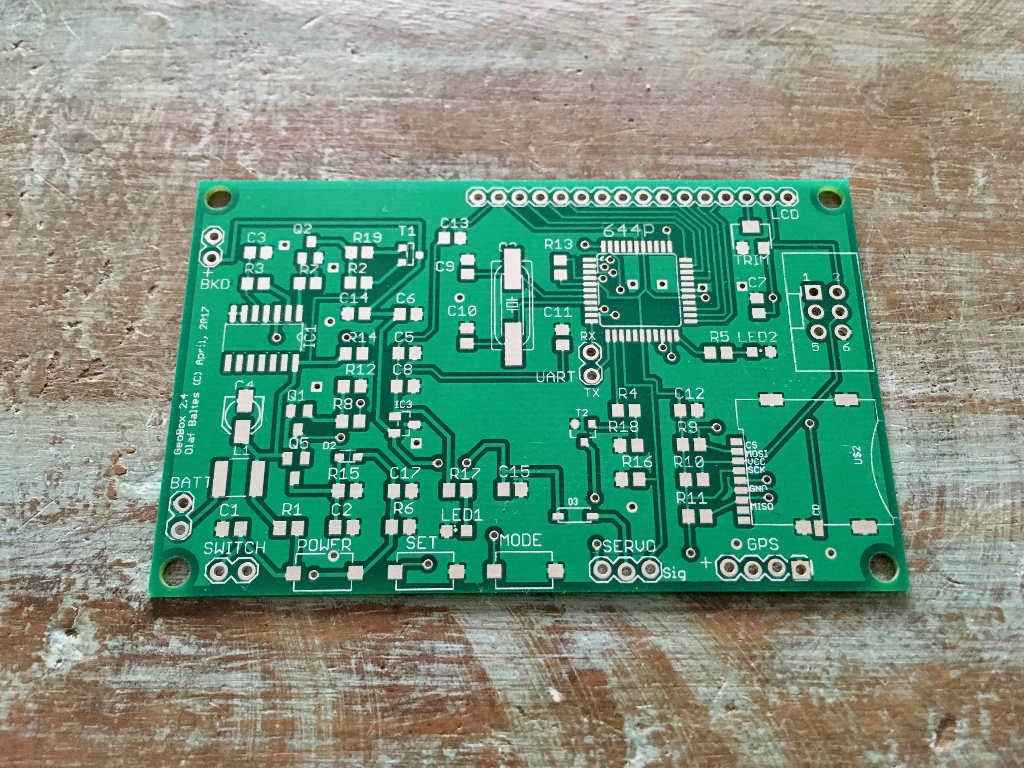 Working with SMD was new to me but actually much easier then expected. However, theres still room for improvement ;-)

From the AVR development community the following libraries were used: 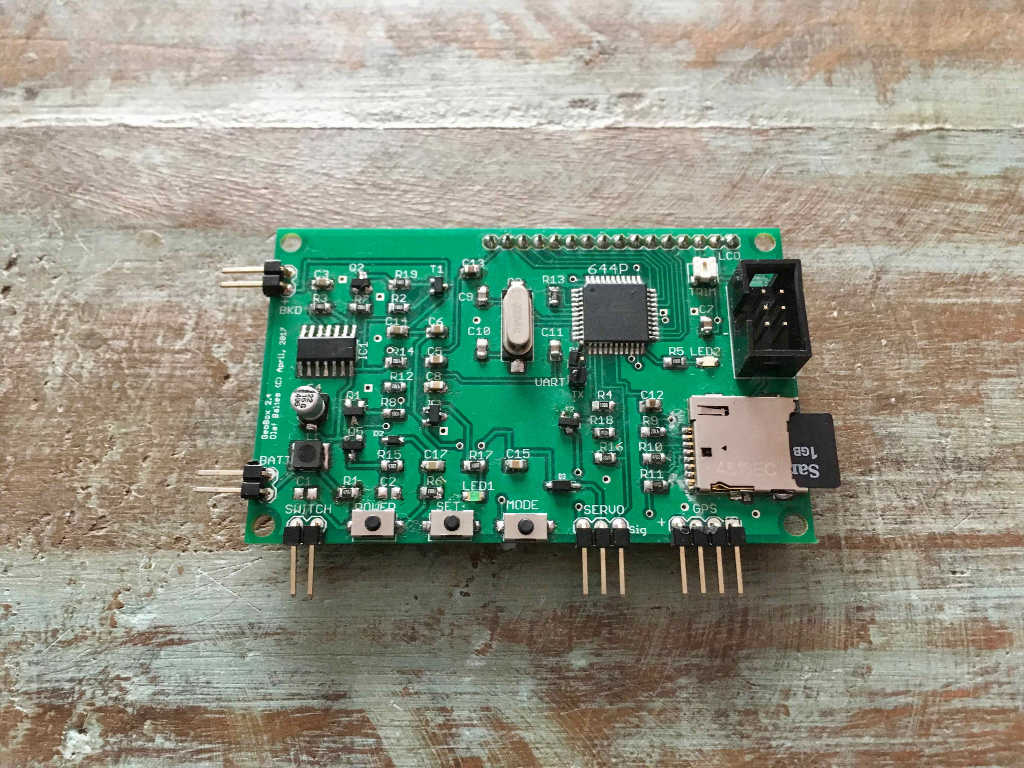 ...and a little video showing the servo in action:

From the 3D printer came a holder and a simple locking mechanism for the servo: 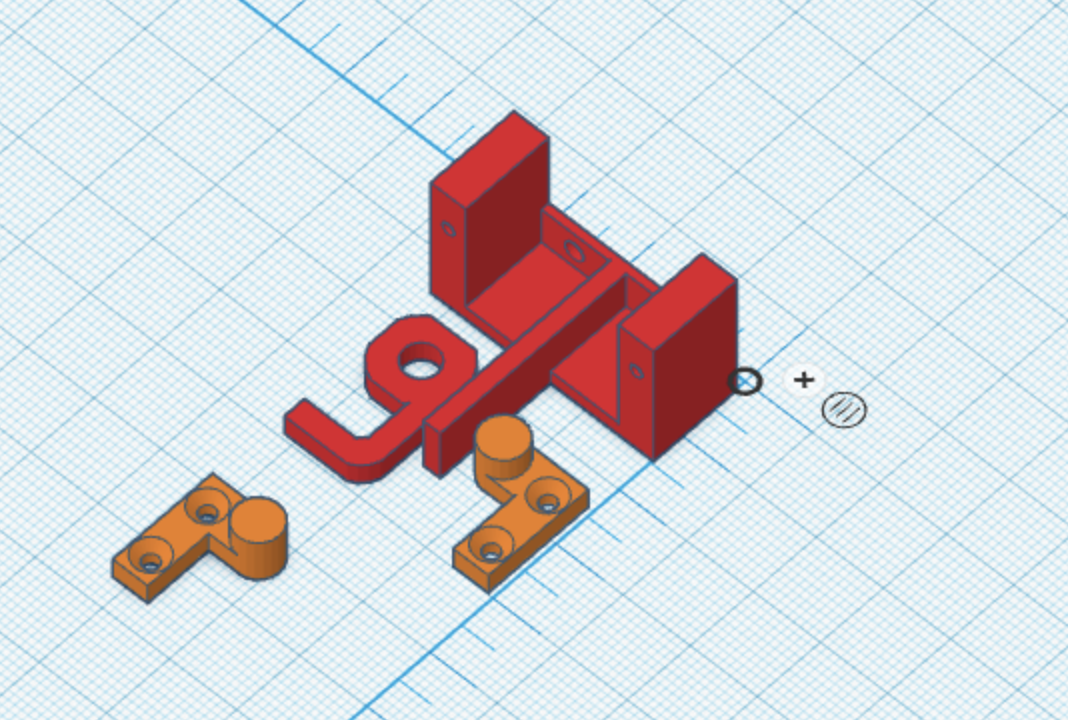 fitted into the lid of a wooden box

“Many thanks for the great surprise and the nice family memories!”

Idea und realisation: Me, Myself and I Design template: TEMPLATED